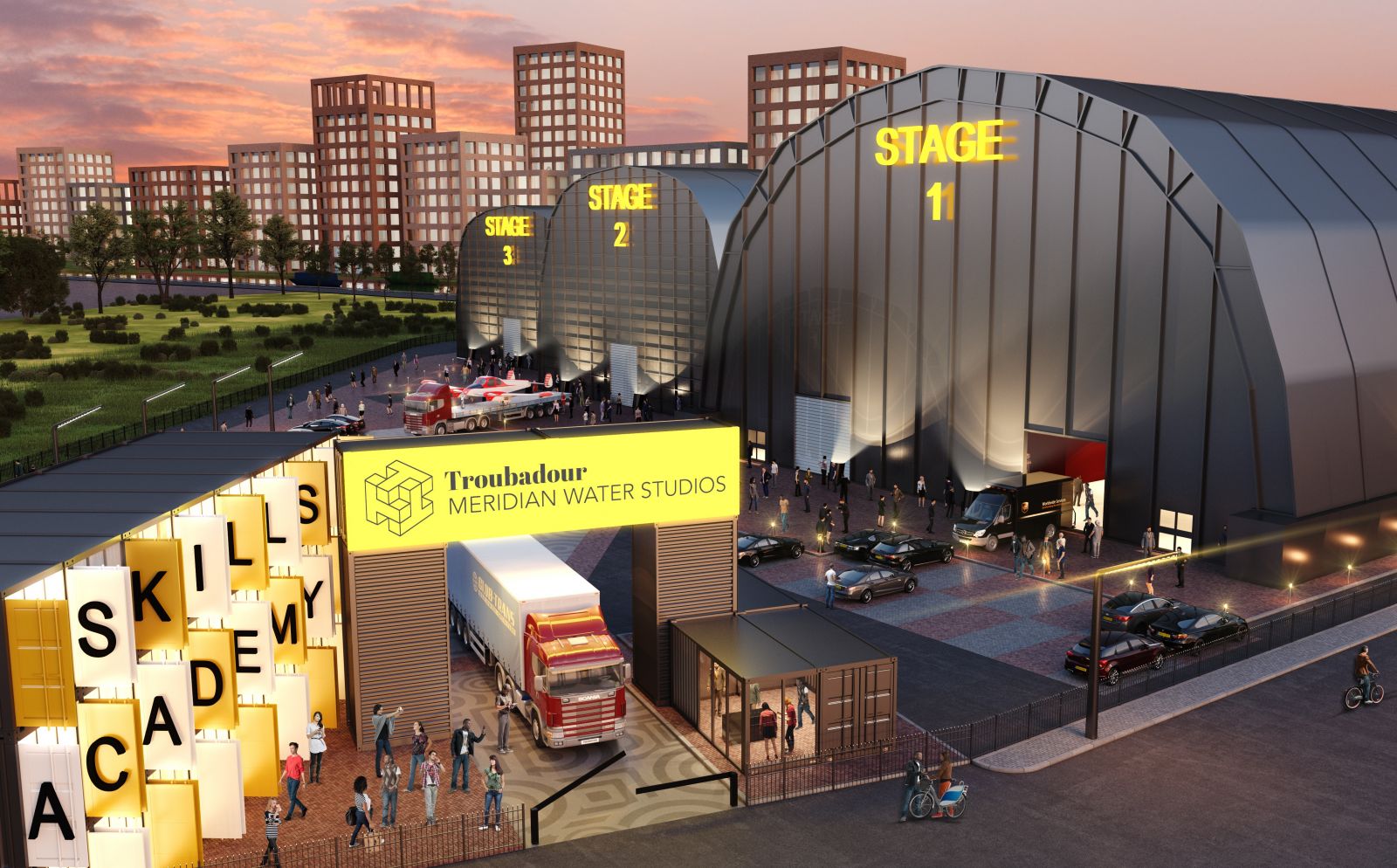 Enfield Council has struck a deal with Troubadour Theatres that will provide jobs and increase skills to build film and television studios at its £6bn Meridian Water development.

The complex will be known as Troubadour Meridian Water Studios and will assist with the economic regeneration of the Edmonton and Enfield.

This will be the largest studio complex inside the North Circular, the closest to central London and is set to open by spring 2021.

The team behind Troubadour Theatres recently transformed the Old Fountain Studios in West London to launch Troubadour Wembley Park Theatre in the Summer of 2019 which has seen theatre productions such as the National Theatre’s War Horse and TV and Film production such as Little Mix The Search for the BBC and The Grinch for NBC.

The scheme would mean the construction of three purpose built sound stages with the largest coming in nearly at 21,000 Sq. Ft. as part of Part Phase one and, a further two stages in Phase 2 which will be delivered after Strategic Infrastructure works are completed on the six acre site.

The initiative will also provide training and logistical support for the media sector to enhance Meridian Water as a creative hub, providing employment and cultural activities for local people.

Troubadour are currently working with the Council to create 6 placements via the Kickstart scheme, these opportunities will be promoted through Jobs Centre Plus and will be available to any of Enfield’s 18-24 year olds not currently in education, employment or training.

A skills academy will be built on site so local residents can be trained how to work in the film and television industry. Work has already started on the project and the studios are expected to be operational from early 2021.

The project will look to create 450 permanent jobs once the facility is fully established. An estimated 150 training opportunities are planned in the first four years, increasing to nearly 500 a year, once the full campus has been set up as Phase 2 is delivered and starts operating following the completion of Strategic Infrastructure Works at Meridian Water.

The Leader of Enfield Council, Cllr Nesil Caliskan, said: “This is incredibly exciting news for Enfield. This agreement will plug the local economy of Edmonton and Enfield into the dynamic international film and media sector and means Enfield is poised to become one of the leading London boroughs for high-end television and film production.

“The delivery of Film Studios is the boldest and most exciting project in Meridian Water to date. It would help transform Meridian Water into a destination by providing a major public theatre venue and help stimulate the economic regeneration of the borough through the training academy and a new media and arts hub.

“Not only that but the provision of a skills academy will give Edmonton’s residents a way of entering the film and TV industry, raising aspirations and improving their employability, this is genuinely a game changing development for Enfield and seriously good news for the people who live here.”

Meridian Water is Enfield Council’s flagship regeneration programme, with plans for 10,000 new homes and thousands of new jobs delivered over the next 20 – 25 years supported by the recently opened Meridian Water station.

“We strongly believe that this project will quickly become an integral part of the community in the heart of the Council’s regeneration plans.”

“Troubadour Meridian Water Studios will not only attract world-class film and television productions to the area but also, the Skills Academy will have an immediate positive and demonstrable local impact in an area currently going through urban and cultural regeneration. We hope that these studios become a catalyst for employment within the borough.” 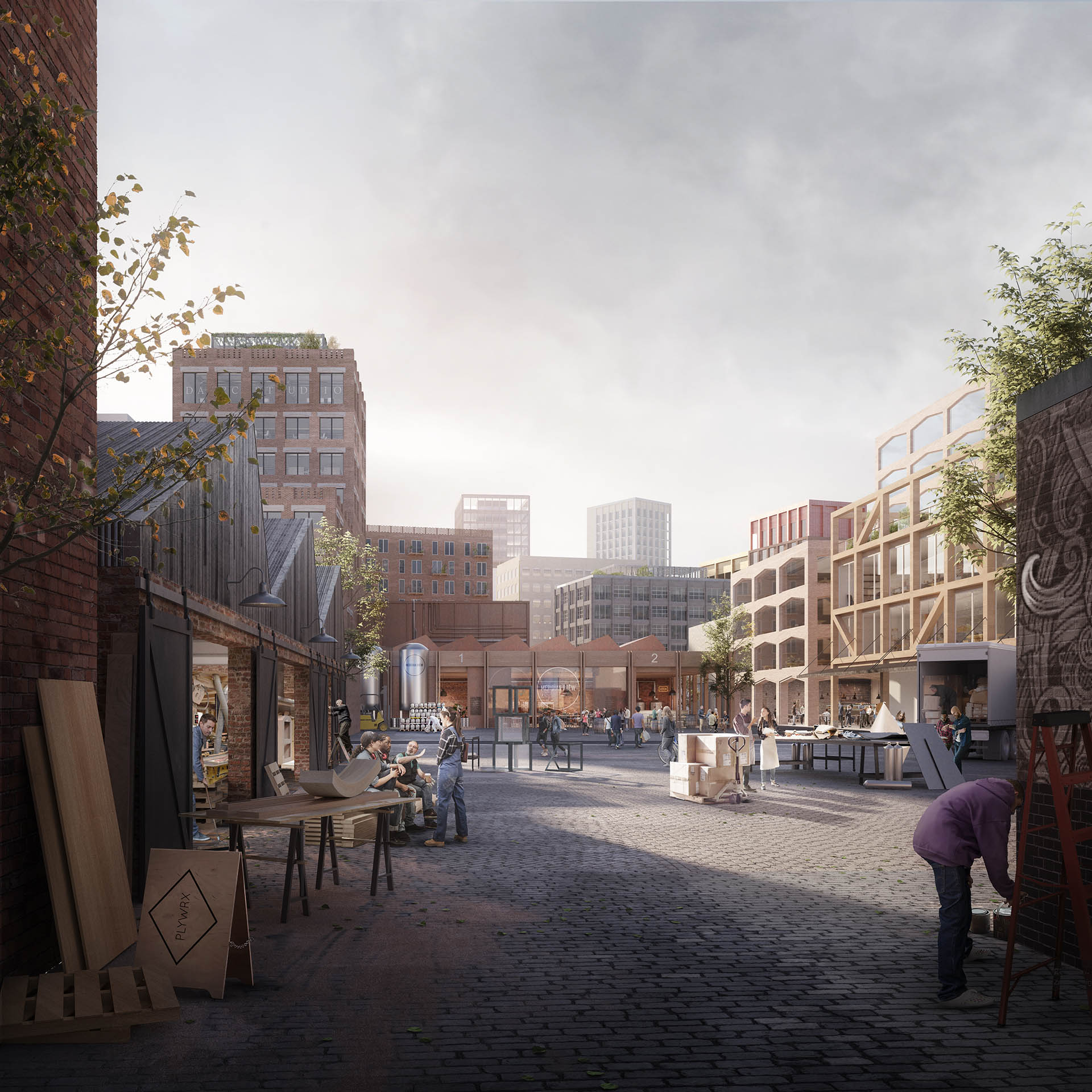 Don’t miss out, sign up to the Meridian Water e-newsletter today.

Sign up to our Meridian Water digital newsletter to find out more about the project and exciting things happening in the area. The quarterly newsletter will include updates on how the project is progressing, amazing events taking place at the meanwhile sites, details of forthcoming community information events, notifications of job and business opportunities and information on the 10,000 new homes.

Meridian Water is Enfield Council’s £6bn 25-year regeneration project which will create 10,000 homes including 4,000 affordable homes, to help to ease the London housing crisis and provide homes for local people in Enfield.

Need to find out more?